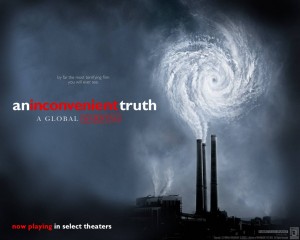 Scan the world’s headlines this week and you’ll find news coming from the International Conference on Climate Change discussing melting ice caps, decaying ozones and rising global temperatures that will evaporate water and leave billions of people starving by 2025. Al Gore tried to warn us of the Inconvenient Truth three years ago, winning Oscars, Grammys and Nobel Prizes along the way. Al and friends have twisted information to convince us of what we should already know: Global warming is my fault. And its your fault.

Now I don’t fault Al for missing the truth. The irony here is that humanism actually gets it right for a change. Humans are the problem, although one would be hard pressed to get Al and his liberal friends to agree to the reality communicated in Scripture. As easy as it would be I am not going to pontificate too harshly against people whose greatest need is to embrace the truth of the gospel.

Instead, I’ll lay verbal wood to those who ought to know better: Supposed Christians who are on “save the earth” missions. Let me say from the outset the fact that God has subjected the earth to a curse does not excuse us from our need to be better stewards. On the contrary. As Christians we ought to be exemplary stewards of God’s creation (I violated all kinds of cultural protocols last year while in Uganda by lecturing some Ugandan believers for consistently tossing their trash to the sides of roads). That said, the UK is dangerously close to being brought into subjection by environmentalists and they have heavy support from all kinds of churches, not just the Church of England (although I will say I’ve been in three C of E churches and it appears their prominent agenda is colored green).

For example, here are three prayer requests from the C of E church I was in this morning listed, for a special-called prayer meeting exclusively for this week’s conference:

What do these three have in common? Answer: They seek human solutions to a spiritual problem. It matters not a single measure of particulate matter how much human institutions change laws designed to protect God’s creation from climate change, or how influential a human leader is in swaying public opinion, or how much money wealthy countries throw at developing countries. Man CANNOT undo the curse.

Increasingly churches in the US are as guilty of misplaced priorities as churches in the UK. “Christians” who ought to know their Bibles better are partnering with the world, seeking to solve the world’s problems with the wisdom of man. Instead, Christians ought to pray for the changed hearts of men from a state of pure rebellion against their Creator (Romans 1:18-32) to one of repentance and humility before God. Upon praying, they should then invest their energy in sharing the Good News that through faith in Christ alone God forgives sin, lifts the curse and adopts us as sons and daughters.

The truth is the world is in rapid decay and its only hope is found in the One who created all things. That hope is not found in the wisdom of man but in the folly of the cross.