It was the piercing wail of the deepest agony that shook me from my callousness.

For nearly three weeks on my drive home, I’ve been listening to the daily summary of court proceedings regarding the Vanderbilt Rape Case, as it has become known. The condemnation raged within me as each passing afternoon revealed the graphic description of how two former Vandy football players sexually abused an unconscious co-ed. 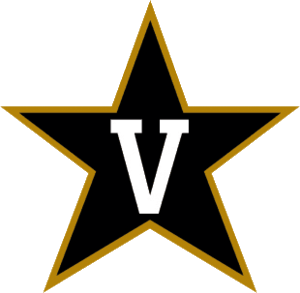 They committed perverse acts – depraved acts – beyond belief. This afternoon before the final verdict, the sports talk radio host posed the question, “I’d like to hear from you all. If they are found guilty, what punishment do you think they deserve?”

“Emasculation!” I immediately shouted at the radio. Maybe even a public emasculation with no anesthesia to intensify the pain and humiliation. Part of my rage stemmed from the pathetic excuse of a defense put forth by one of the defendants: “I was just drunk out of my mind,” he said. “This is something I would never do in my right state of mind.” His defense attorney lobbed an even more pathetic deferment of personal responsibility at the jury, blaming “a college culture of binge drinking and sex” as the reason his client was motivated to repeatedly violate another human being.

Before the radio host could take any callers – and I was on the line holding in the queue waiting to blast the radio audience with my opinion – the live feed from the court room interrupted the broadcast. After just three hours of deliberation, the jury foreman rose to speak. “On count one, we find Defendant No. 1…guilty. On count two, we find Defendant No. 1 guilty…” On it went through all seven counts; guilty on every one.

“On count one, we find Defendant No. 2 guilty. On count two, we find…”

And as I felt the intensity of my satisfaction rising – right there between counts one and two – I heard that piercing wail of desperate and deep agony echo through the court chamber and into my car. It immediately and profoundly jolted me. It was a father’s greatest nightmare becoming a reality from which he will never awake.

The only sound I’ve heard more haunting in my life was the death rattle of a dying child lying by a roadside in Guatemala after being thrown from a car. I’ll never forget either.

My mind abruptly shifted from vigilante justice to an embarrassed grief. Embarrassed by my attitude and grief on behalf of a man who has just spent two weeks listening with the rest of the world to the despicable acts of a son whose life has effectively ended at age 21. His nine guilty counts could potentially amount to nearly 200 years in prison. A couple of hours of depravity have destroyed a family forever and brought grief to parents who no doubt loved their son.

Then I thought about my own life…and your life…and everyone else’s lives. I thought about how our depravity has grieved a Heavenly Father and how we all stand guilty and condemned in His presence for crimes committed against His holiness and His moral law. He lifts the gavel to declare judgment. Our punishment is clear…and deserved. It is worse than emasculation. It is worse than public humiliation and 200 years in prison. No living soul has ever heard a more haunting sound than the cries of agony and the rattle of death that echo through the depths of hell. When that gavel drops, hell becomes our reality. Our guilt receiving a sentence justified.

But before that gavel drops; before the Judge rightly casts us from His presence, He stays His hand to offer mercy. He turns and presents His own evidence that harbors the only hope to declare us innocent. There, as Exhibit A, stands a wooden cross hoisting a mangled body. The fury of judgment is momentarily suspended as the Judge directs our attention to that body.

“I have poured out on that Man – my own Son – the judgement that fills this gavel waiting to be leveled on your soul. Accept His death in your place as a gift to you. Repent, believe and walk away acquitted of ALL wrong doing. The opportunity is but a whisper of a moment called life, and when it ends, your opportunity ends with it.”

Today, when that verdict was announced in a Nashville courtroom, the consequences of sin reaped its harvest. It was an agonizing end to a horrific saga. I implore you, don’t let a momentary life of depravity destroy your life for eternity. Throw yourself on the mercy of the Court and accept the gift the Judge in offering: His own Son in your place, to take your punishment. Accept it and run from the courthouse shocked and amazed by your acquittal, forever giving thanks for the grace of the Judge and the sacrifice of the Son.

Be free…and live in freedom.