There is an 80-pound rock in my flowerbed that looks like a meteorite. I pried it loose from a mountaintop in North Carolina about 13 years ago. I then grunted, pushed, rolled, chucked, yelled at and tripped over it trying to get it – and myself – to the bottom of a challenging descent. It was supposed to be my, “Ebenezer,” but it felt a lot more like a millstone. 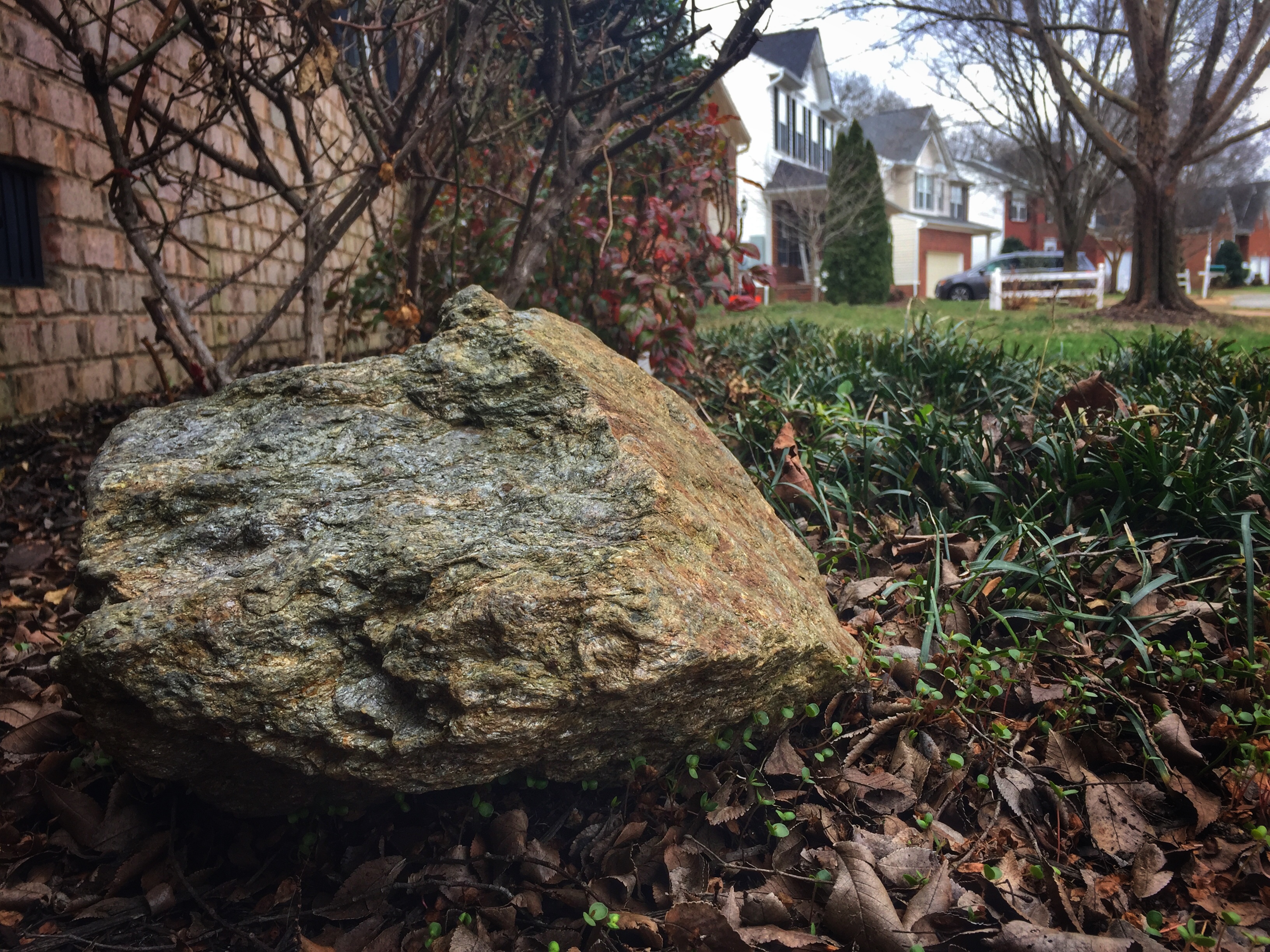 You know, Ebenezer, like the one found in 1 Samuel 7:13-14. It’s mentioned at the end of a passage where God intercedes on Israel’s behalf to defeat the Philistines in a decisive battle. To commemorate the divine victory, “Samuel took a stone and set it up between Mizpah and Shen. He named it Ebenezer, saying, ‘Thus far the LORD has helped us’” (verse 12). That rock served as a visual reminder of the Lord’s power and protection.

Ebenezer actually means “stone of help,” only I didn’t fully understand what an Ebenezer was when I wrestled that chunk of God’s creation to the trunk of my car. I’d gotten the idea of an Ebenezer from Avery Willis, a long-time missionary and former vice president at the International Mission Board. Avery had his own Ebenezer that he had harvested. His commemorated a critical moment in his life when God interceded and helped him. Mine turned out to be more of a flowerbed ornament, like a yard gnome. Looking back I realize it is more of a monument to a place where I tried to generate an experience with God rather than a testimony to a place where God encountered me.

Come to find out, my Ebenezer is not a rock after all, but a small college campus in a small Arkansas town named Arkadelphia, and God met me there a few weeks ago to remind me that He met me there 28 years ago.

I was utterly clueless when I left home for college in the fall of 1984. I wasn’t a very good student, had really no direction other than I wanted to play some basketball in school, eventually live in a high-rise condo along the Mississippi River in Memphis and drive a Porsche. I was going to own the city. I was going to be a high roller.

I was going to be rich.

But I arrived on the campus of Ouachita Baptist University destined for failure, and I succeeded. First I flunked accounting and economics and then out of school. All contributing factors were of my own doing. A few weeks ago, I was posting pictures to Facebook while watching the OBU baseball team practice when a friend with whom I’d gone to college reminded me in a comment what a Providential failure my time on campus had been.

And it was. The moment I read what he wrote, it was kind of like one of those scenes in a movie where the camera races really fast toward a person and abruptly stops inches from their face. Okay, maybe my moment wasn’t that dramatic, but it kind of felt like it as I sensed God zero in on my soul and say, “Look around you. This place is your Ebenezer. This is where I met with you and became your ‘Stone of Help.'”

Immediately I began replaying my life after returning to Ouachita to pursue a degree in communications. I’d been a disaster before, but God claimed me as His personal Do-It-Yourself restoration project. I originally arrived at OBU with nothing and lost even that, but by God’s grace I left with:

And by God’s grace I still have all five. The Lord used my years at Ouachita to grow me up and send me off well prepared for life’s journey. All glory to God because my arrival was shallow and aimless; He provided foundation and direction.

Maybe that flowerbed “Ebenezer” of mine is an Ebenezer of sorts after all, reminding me of the burden of trying to create a fleeting experience with God born of my own effort. However, Ouachita is truly my Ebenezer, a place reminding me that The “Stone of Help” came on His own terms and created a permanent encounter born of grace.

And that Stone taught me that not all rocks are Ebenezers.