I have repeatedly stated how much I enjoy living in the UK. I love Brits’ use of English and the mingling of language use and British humor. I love the rich history. I love the (ethnic) food (sorry, you can only eat so much fish ‘n chips before the arteries begin hardening). I love rainy British days and I love that intensively hot summer days only push the mercury to 85 degrees.

I even love tea. I never drank it much before coming here, at least not the hot variety, but I’ve grown to understand which brands common folk are inclined to drink and which ones the posh people consume, I enjoy them all. I love almost everything about the UK.

And then there’s cricket.

We had a village fair (fete) today and the local cricket club was playing a “friendly” against a neighboring village.  I focused intense energy from afar trying to understand what the heck was going on. Having played baseball I could draw some similarities. There is a batter (batsman) and a pitcher (bowler) and a ball (interestingly enough, also called a “ball” in cricket). That was about all I could piece together. I wandered down to the scorer’s tent in a determined effort to come away with an understanding of how score is kept at the least. If successful, I was certain I could handle an explanation as to why test matches last four days. 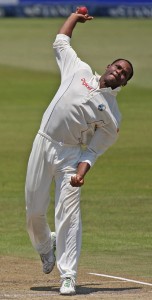 As I approached the tent, I picked up some handy vernacular. “Oh, well played James,” as a ball was thrown back toward the wicket; and “Peter, that was well handled, brilliant!” when one of the fielders actually managed to catch a ball without trying to surround it like a soccer goalie. “Cracky” got a mighty swing on the ball and hit it over the boundary and into the weeds. “Cheers Cracky. That’s a six.”

“Hey, could I disturb you gentlemen for a few moments to explain to a novice the nuances of cricket?” I asked, certain I’d get a most welcome response, which I did.

“Actually, cricket spectators and baseball spectators have much in common,” replied one chap waiting his turn to bat. I asked how so. “Both consume massive quantities of beer.” Of course I laughed and agreed, but in my mind thinking “I’d probably consume gallons if I actually had to play cricket…or watch four consecutive days of it.”

Thirty minutes later I got up to leave believing that if for some odd reason our television only received one channel, and I was desperate to watch TV, and the only thing on was a cricket match, I’d at least understand better how score is kept (but still with no clue for why a game – match – takes four days). As I was about to slip away, one kindly gentlemen (as all of them were) invited me to play next Sunday. How to respond? “I’d rather be beaten with a sticky wicket,” shot through my mind, but I managed to say, “I’m afraid I wouldn’t do the game justice, but I deeply appreciate the offer.”